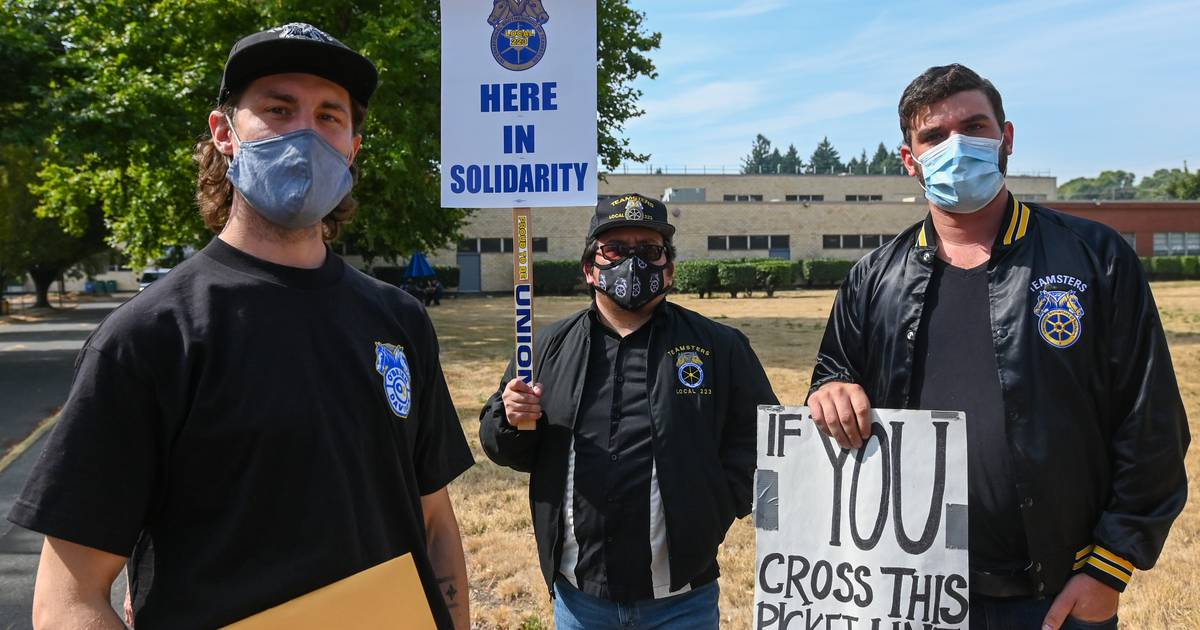 A Portland Teamster filed a federal complaint on September 14 alleging bodily harm by a guard working for Huffmaster Crisis Response, a Michigan-based strike personnel company hired to monitor the strike at the Nabisco Bakery in the North. east of Portland.

Jesse Dreyer, a member of Local 162 of the International Brotherhood of Teamsters, said a Huffmaster agent beat him while he was picketing with members of the local bakers’ union outside Portland’s Nabisco bakery on Monday morning .

Video taken of the incident shows Dreyer being run over a white van for several minutes by a Huffmaster security guard, one of a dozen security guards hired on a contract basis by Mondelez International, the parent company of Nabisco .

The lawsuit alleges the officer “forcibly pinned the plaintiff against a pickup truck and physically hit the plaintiff for several minutes” on behalf of his employer, Huffmaster. â€œRegulating union members like the Plaintiff, including by the use of force, was the kind of behavior that the Respondent’s agent was employed to adopt, and the behavior of the agent as alleged in this complaint was under the control of the defendant, and the agent was acting on behalf of the defendant when he assaulted and beat the plaintiff.

Portland attorney Michael Fuller is representing Dreyer, who is seeking damages in a jury trial.

The lawsuit is the latest development in the growing bakers’ union strike that began on August 10 and has garnered support from outside advocacy groups, politicians and even Portland Thorns.

Mondelez International, the parent company of Nabisco, uses Huffmaster to escort workers through picket lines, as well as to fill other positions at the bakery that are currently vacant due to the 200 members of the local bakers’ union on strike.

September 12 WW wrote about the increasingly aggressive behavior of the Huffmaster guards since the start of the strike. Videos and photos shared with WW show security guards standing inches away from strikers for long periods of time, apparently as a bullying tactic.

Other photos and videos show Huffmaster guards pushing strikers and strike supporters away from vans carrying scabs into the bakery.

Last week Mondelez sent a cease and desist letter to the local bakers’ union. Union lawyer Margaret Olney immediately fired back saying that almost all of the actions described by Mondelez’s lawyers were carried out by supporters of the strike and not by members of the bakers’ union themselves. Although lawyers for the snack giant have said they will seek a temporary injunction against the bakers’ union, they have since told Olney they will not seek one, at least not yet.

Huffmaster did not immediately respond to WWrequest for comments.