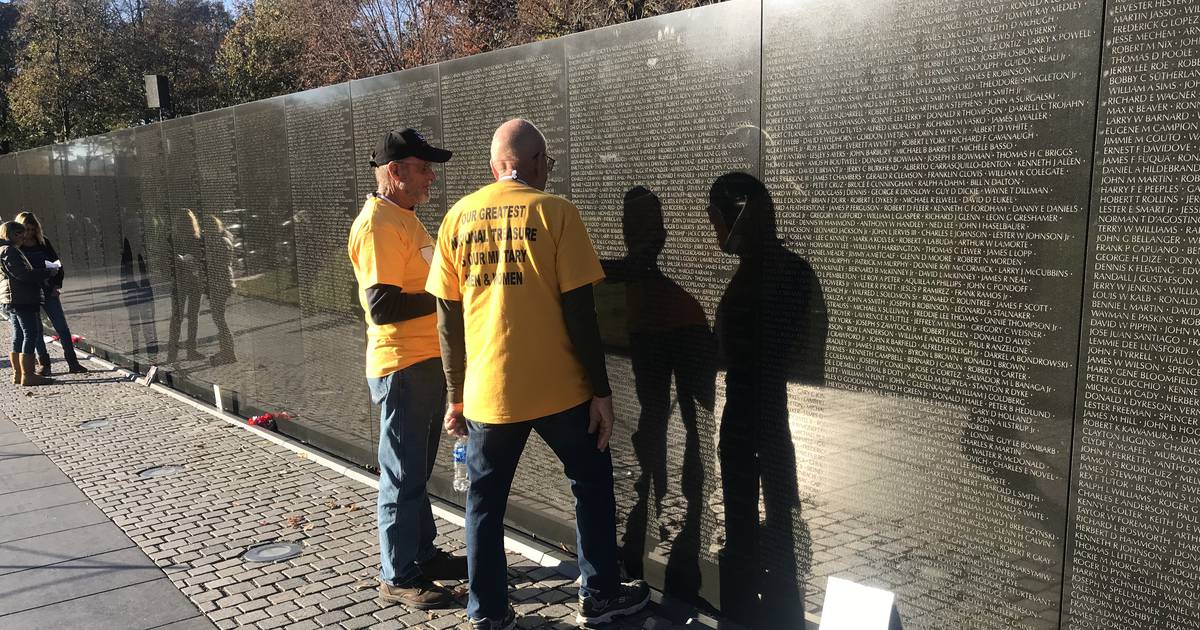 WASHINGTON, DC — Election Day took on special meaning for those who spent Tuesday in the company of American heroes.

“They all fought for this freedom,” said retired Lt. Col. Stephen Garrington, commander of the Quad Cities 55 honor flight, which took a contingent of Whiteside County veterans to the capital. national.

Garrington said it was the first time a Sauk Valley honor flight had coincided with election day.

The flight departed early Tuesday and carried 102 veterans and their guardians to the nation’s capital. The group was mostly made up of veterans of the Korea and Vietnam era conflicts.

The Honor Flight program allows veterans to visit monuments dedicated to honoring the sacrifices of their comrades.

Yet they are the ones who were honored at the farewell and at their arrival.

The veterans arrived at the airport at 5:30 a.m. as the lunar eclipse was underway. The Patriot Guard Riders greeted them with flags and supporters provided donuts and coffee.

After a 90-minute flight, they received a raucous welcome at Dulles International Airport from school children, athletes and patriotic residents.

At the beginning of their adventure, they received a police escort to various sites.

Garrington, meanwhile, shared his historical knowledge of the city and the landmarks with those in his charge.

They also attended the Changing of the Guard ceremony at the Tomb of the Unknown Soldier at Arlington National Cemetery.

The Whiteside band arrived for a special 40th anniversary ceremony commemorating the Vietnam Veterans Memorial, better known as The Wall. The volunteers were reading aloud the names of the deceased, an observance that takes 65 hours to complete over four days.

Honor Flight of the Quad Cities sponsors four trips each year for veterans within 75 miles, all free of charge.

To learn more or to apply, visit honorflightqc.org.