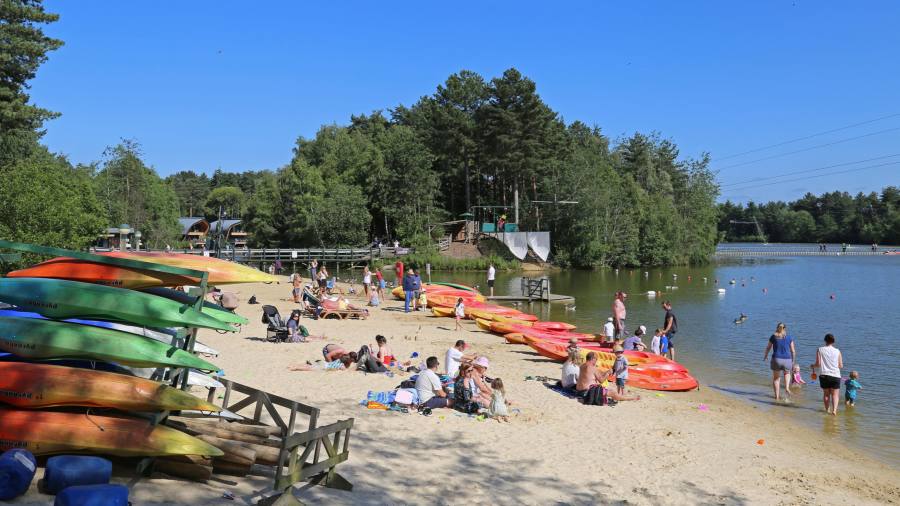 As a sign of respect for Her Majesty, Center Parcs security guards will escort holidaymakers off the premises from Monday. After a night in a tent in a rest area, they can return once the holiday is over. No, they won’t. Center Parcs will lock families in their rooms during the Queen’s funeral. Toddlers can climb the walls of the forest lodges, but only indoors, certainly not outdoors. No wait. They can stroll through the woods in solemn contemplation, gazing sadly at the wailing zip line and the pool fountains that water at half mast.

Although the holiday park operator didn’t go that far, it was fun as a spectator – rather than a disappointed customer – to watch Center Parcs grapple with Bank Monday marking the Queen’s funeral Elizabeth. Its Twitter account flip-flopped, first telling holidaymakers they should leave for a day before the backlash triggers a retreat in which the company appears to suggest holidaymakers would be barricaded in their kitchenettes.

It was an operational and public relations mess. Stephen Waddington, public relations adviser and former director of the Chartered Institute of Public Relations, was incredulous: “You have to wonder, how many people did that get through? Highlighting the lack of women on the board, he pointed out that “in most households, women are the most important decision makers on vacation”.

It’s a silly and confusing call but unlikely to cause long-term damage. It distressed rather than insulted customers, unlike the fury of Gerald Ratner’s 1991 speech in which the jeweler called his wares “total crap”. Or the comment a decade later by David Shepherd, chief brand officer at Topman, the menswear group, that the target customers were “hooligans”.

It is surprising that Center Parcs has not planned such an event. A 96-year-old queen couldn’t live forever. And yet, it’s not the only company to have faltered, in part because there is no unified public sentiment. Whenever I hear of the Queen as the nation’s grandmother, I reflect with irritation on how different she was from mine – a Mancunian sporting puffy sleeves and costume jewelry until she died.

Is the memory of the queen served by the postponement of hospital operations or the closing of schools? Memorial assemblies would no doubt be just as respectful, if not more so, than families slumped at home in front of the television. Was Guinea Pig Awareness Week, canceled out of respect, really likely to overshadow the grief of the royal family?

I’m not advocating for a mass entertainment and consumer holiday, but some companies seemed incredibly eager to mark the occasion. Did the adult emporium Ann Summers, Poundland or a company selling amyl nitrate need to spread their condolences on social media? This is proof that the signal of virtue is not limited to leftism. Mark Borkowski, a public relations consultant, observes that “brands are hostage to social media” and have lost “trust [about] communicate directly.

Businesses don’t need to respond to every news event. When Prince passed away in 2016, I was puzzled to see Minnesota-based cereal maker Cheerios and maker 3M offer their condolences to their resident music star. Although they deleted their tributes, it didn’t seem quite as mercenary as Crocs, the shoe company, tweeting a flash of Ziggy Stardust on the death of David Bowie.

Sometimes statements on social media can be an attempt to signal inclusiveness, but often turn out to be simply wishy-washy. Take the Fifa Twitter Publish celebrating Pride Month – which has been quickly denounced as hypocrisy since football’s governing body awarded the World Cup to Qatar, a country where same-sex relations are illegal.

On the contrary, the Queen’s most enduring example is one of dignified restraint. Or as one PR expert put it, “If you have a royal warrant, it’s fine to publish something, but if not, shut it down. . . at the top.”